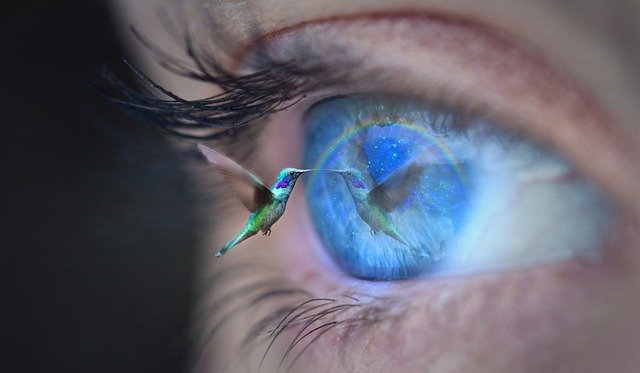 “When you hold the world in your palm and inspect it only from a bird’s-eye view, you tend to become arrogant — you do not realize that things get blurred when seen from an enormous distance.” — Muhammad Yunus, Founder of the Grameen Bank

The insights you need to generate valuable content, create innovative ideas, and solve problems are not obvious.

The deeper you dive into any subject, the more your ideas evolve with it.

Many of us grew up taking a “bird’s-eye view.”

We can see this conditioning through how we absorb knowledge. I’ve personally done all of these:

It’s easier to absorb knowledge from a zoomed-out view.

It’s much more challenging to descend to the ground level, challenge our assumptions, and engage in experimentation?

Usually, what we expect to find (and what we actually find) are entirely different.

Think back to the last time you explored a new skill, idea, career, or any novel pursuit.

Once you began diving in, did you discover something that challenged your expectations, beliefs, and assumptions?

The title for Peter Sims’ book Little Bets was inspired by a conversation he had with Ned Barnholt.

Barnholt is the former chairman, president, and chief executive officer of Agilent Technologies (a corporate spin-off of Hewlett-Packard Company).

He joined Hewlett-Packard in 1966 and would guide its corporate spin-off Agilent in 1999. He would then retire in 2005.

HP was wildly innovative in its earlier years.

But by the mid-1990s, the company became massive. Though an outstanding achievement, it created some significant challenges.

Barnholt called it the tyranny of large numbers, explaining that “there’s a natural tendency to think in terms of bigger bets as you get to be bigger.”

They would analyze billion-dollar markets, develop big ideas, and then make large bets.

And they would mostly fail!

Reflecting on HP’s past, Barnholt explains that their assumptions were wrong due to what he called intangible factors.

These factors are what’s happening beneath the surface, such as underlying customer perceptions and market dynamics that nobody can predict from a bird’s-eye view.

This is why Barnholt preferred using little bets. It allowed them to descend to the ground level and run small experiments. They found much better success with this approach.

If you start with a “perfect plan” or that “perfect idea,” you’re not taking these intangibles into account.

This is why an experimental approach to your content creation process is vital for your success.

It allows you to discover breakthrough ideas and build up a body of work along the way.

How To Find Breakthrough Ideas: Descend To A “Worm’s-Eye View”

David Galenson is a professor of economics at the University of Chicago. But his passion is examining how artists and creators work, and he has a body of research observing them.

One of his examples is Muhammad Yunus, the founder of the Grameen Bank.

In 1974, Yunus was an economics professor at Chittagong University in Bangladesh.

During this time, an intense famine spread across India, sending people from the countryside into the city seeking food.

Thousands of people were suffering in the streets.

Yunus began to question the importance of his lectures.

“What good were all my complex theories when people were dying of starvation on the sidewalks and porches outside my lecture hall?”

He began forming the opinion that “Economists spend their talents detailing the processes for development and prosperity, but rarely reflect the origin and development of poverty and hunger.”

This realization pushed Yunus to stop teaching as a professor and begin looking at the problem up close, similar to an anthropologist.

He began spending his time in the village of Jobra, where he could understand poverty from what he called “the worm’s-eye view.”

“When you hold the world in your palm and inspect it only from a bird’s-eye view, you tend to become arrogant — you do not realize that things get blurred when seen from an enormous distance.”

In Jobra, he saw some of India’s poorest people. And the insights he gathered here informed his experiments that aimed to help them.

Here he met Sufiya Begum, a 21-year-old woman who built and sold bamboo stools to take care of herself and her children.

She would make fifty poisha profit. At the time, that’s a profit of two cents.

After better understanding her situation, Yunus began to see that people like Sufiya were dependent upon middle-men.

The middle-men allowed her just enough profit to survive each day but not to thrive.

The raw materials were too expensive. And the moneylenders would demand a lot. In Sufiya’s words, “People who deal with them only get poorer.”

The lack of formal credit allowed middle-men to fill the gap.

Yunus discovered a problem that economists had overlooked.

And in 1977, he secured the capital necessary to start the Grameen Bank, which focused on helping poor, self-employed people by providing small loans.

Yunus would have to overcome skepticism within the Indian banking community and the idea that India’s most impoverished weren’t creditworthy.

But over the years, Grameen would loan over $6.5 billion while keeping repayment rates consistently above 98%.

Many skeptics were only looking at the situation from the bird’s-eye view.

Despite this, Yunus prevailed. And he’s now regarded as the person responsible for launching the microfinance industry. He was the recipient of the 2006 Nobel Peace Prize.

And all because he put on the lens of an anthropologist and took — in his words — a “worm’s-eye view.”

Breakthrough ideas are hidden from us. But they’re not as far as we think.

Many times, they’re right under our noses.

We have to descend to the ground level.

Ask questions. Be open to changing assumptions and beliefs.

Don’t get me wrong. It’s valuable to go “meta.” Zooming out and seeing something from a bird’s-eye view gives you a new perspective.

And this can help present useful models that can help people and explain how the world works.

But we reach a limitation when we stay in the sky and never descend.

There are intangible factors that the bird’s-eye view can’t predict.

If we don’t begin experimenting at the ground level, there will always be a gap in our understanding.

And within this gap is where you can find breakthrough ideas and generate valuable content to grow your brand.